Catholic Youth Parramatta have brought energy, passion and evangelisation to the Blue Mountains.


300 Year 5 and 6 students gathered at St Thomas Aquinas Church, Springwood, on 26 August 2019 for Mountains Live – an afternoon of singing, dancing and reflection.

Students from the four Catholic primary schools in the Blue Mountains – St Finbar’s Glenbrook, St Thomas Aquinas Springwood, Our Lady of the Nativity Lawson and St Canice’s Katoomba – were in attendance, as well as student representatives from St Columba’s Catholic College, Springwood. 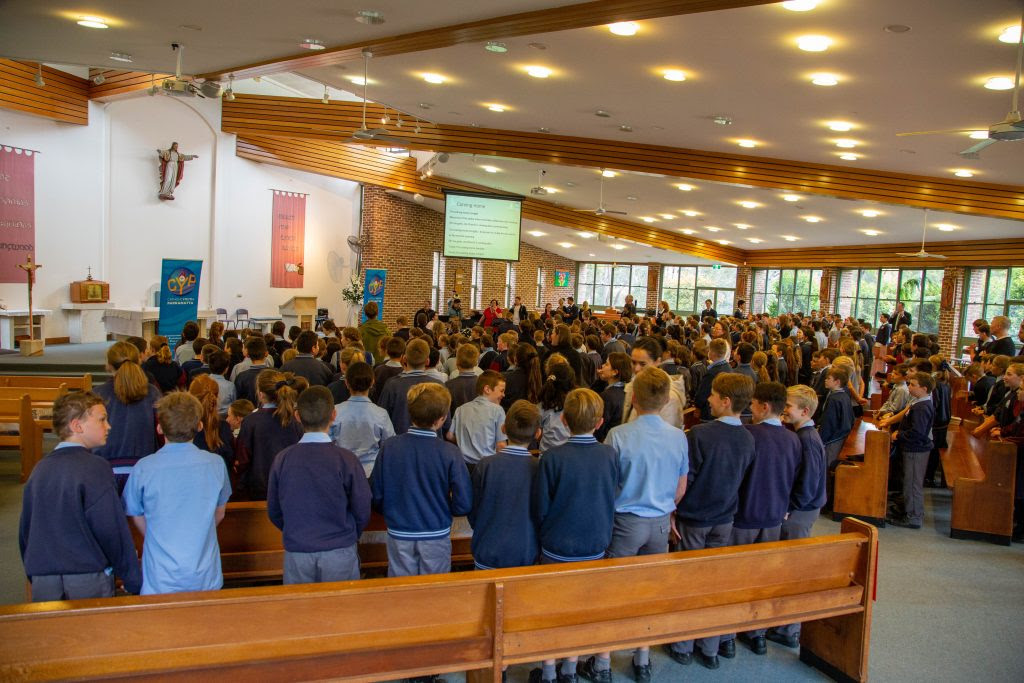 
Virginia Fortunat, Religious Education Coordinator from St Thomas Aquinas, who helped organised the event, said that Mountains Live was to give the children a “new experience of church”.

“Each year we bring our Stage 3 students together at one of the four schools for the Voice of Youth competition cluster final. The four [Religious Education Coordinators] saw it as an opportunity for evangelisation of these young people, presenting them with a new experience of church.

“We want them to leave our schools with a fire in their bellies to wonder and to connect with our church. So we connected with Catholic Youth Parramatta and Mountains Live was born!” she said. 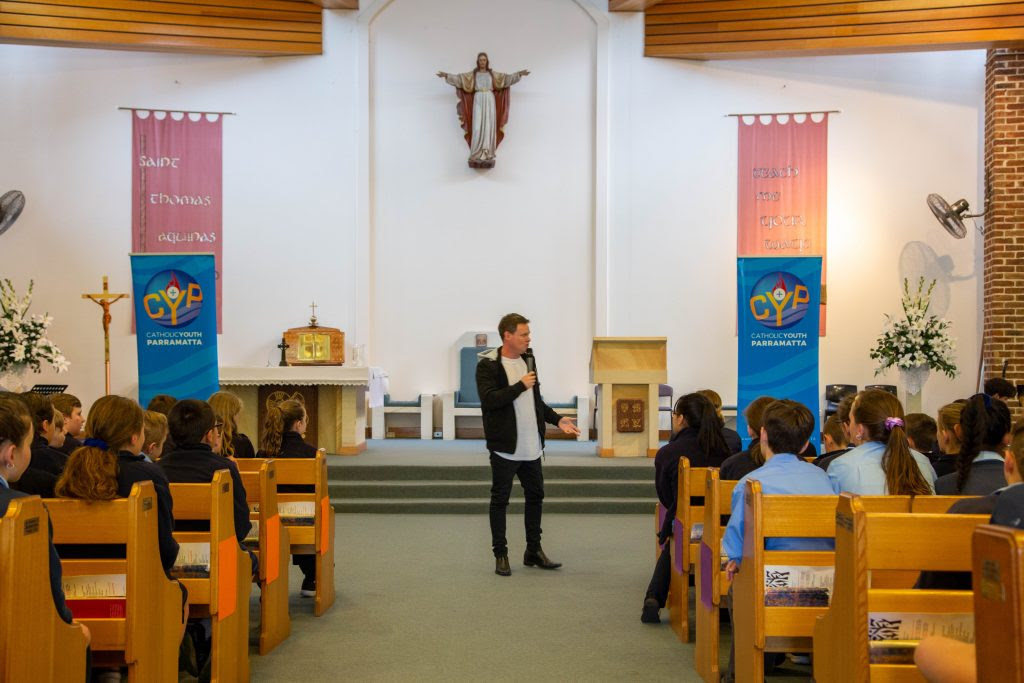 
“Today, you are part of something brand new, really special, just for you guys. Nowhere else is anyone getting to do anything like this after their Voice of Youth,” James Camden, Director, Catholic Youth Parramatta, told the students.

Members of Catholic Youth Parramatta’s LIFTED band kicked off the afternoon with songs that got the young crowd on their feet and singing at the top of their lungs.

The students were then broken up into small groups where they shared what made their school unique and what they would do if they were principal for a day.

Fr Michael Giteau, assistant priest of Our Lady of the Nativity Parish, Lawson and St Thomas Aquinas Parish, then spoke to the children about being witnesses to Christ by receiving the Holy Spirit, referencing Acts 1:8 – “But you will receive power when the Holy Spirit has come upon you; and you will be my witnesses in Jerusalem, in all Judea and Samaria, and to the ends of the earth.” 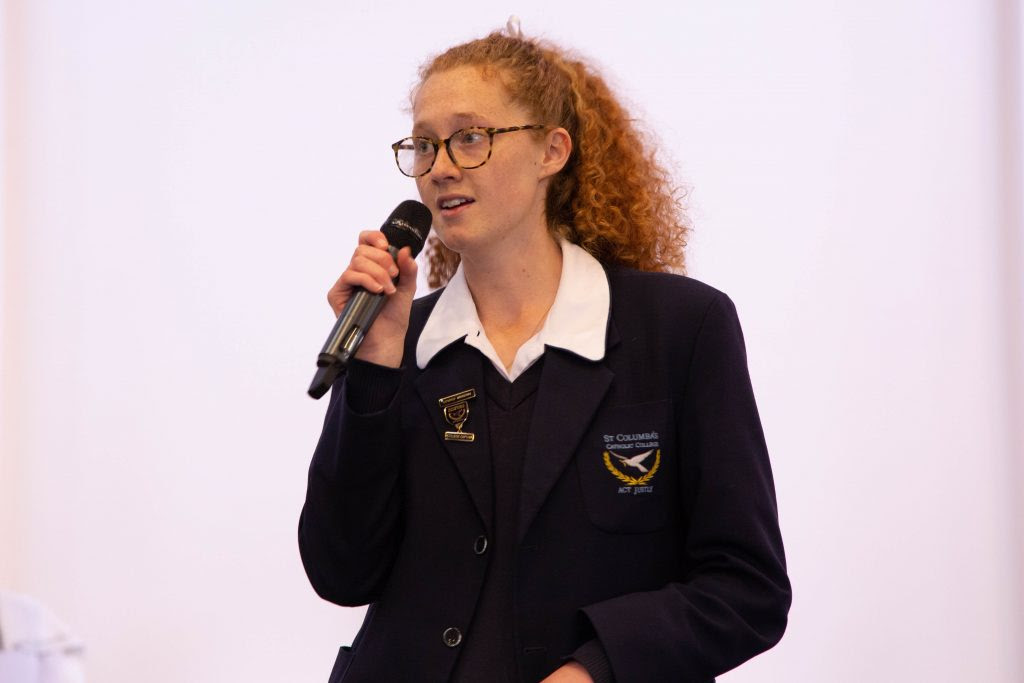 
“World Youth Day opened my eyes and made me understand how extremely lucky all of you young people are to have each other and to have your faith.

“Please remember as you grow into the beautiful people God intended you to be, and when you start high school and are challenged with difficult things, I want you to remember that God is listening and he’s asking you to remember Him in everything you do.

“Whether that be in your classroom, or at home with your mum and dad or your brothers and sisters, just remember that God is ready and He’s listening and He’s waiting for when you guys are,” Mollie said.

The students were then led by Qwayne Guevara, Local Engagement Leader, Catholic Youth Parramatta, in some quiet reflection on what God and the Holy Spirit might be saying to them.

A small group of students then volunteered to share with the group what they felt the Holy Spirit was saying to them. 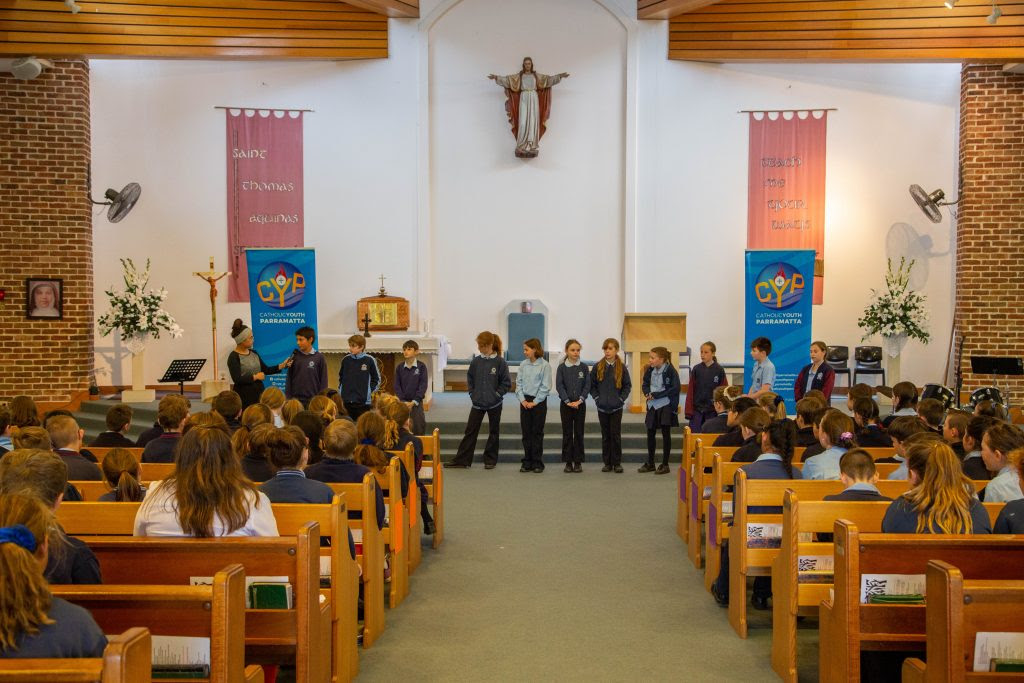 The LIFTED band led the students in reflective prayer using Matt Maher’s “Lord, I Need You,” before finishing the afternoon by encouraging the students to “Go Make a Difference.”

Virginia hopes that the young people in the Blue Mountains will be strengthened by Mountains Live.

“[I hope students gain] a feeling of connectedness to each other, knowing they are a part of the universal church. To be drawn in a different way to the Holy Spirit and to follow the call to be witnesses.

“Over time we hope to build a Catholic Youth community in the Blue Mountains, whether in individual parishes or across all the parishes in the Mountains. If we can support that or at least ignite something through the schools we have a starting point. There is definitely a need,” Virginia said.